A nation under siege: Wales and the Welsh in the Civil Wars of the 1640s 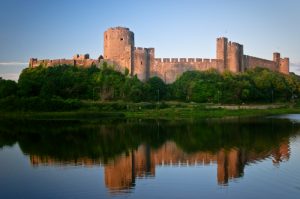 Almost all of Wales came out swiftly, fervently and without resistance for the king in 1642 and then served as part of the royalist heartlands, uncontested and seeing little active fighting for most of the remainder of the war. It therefore followed a course seemingly very different from most English regions, where the opening months of the war were characterised by hesitancy, uncertainty and neutralism, followed by deep divisions, months or years of fighting and often bitter warfare. This lecture explores why Wales appeared so different and so royalist and questions the depth of that apparent allegiance, as well as assessing why subsequent parliamentarian attempts to break into Wales and to conduct military campaigns against royalist supremacy proved generally fitful, limited and unsuccessful. It also examines how and why parliament was eventually able to overcome Welsh royalism and analyses the very different type of campaign which parliamentarian generals mounted in order to do so.

Peter Gaunt is professor of early modern history at the University of Chester. He has researched and written widely on the civil wars of the 1640s and on the post-war political settlement of the 1650s in general and the Cromwellian Protectorate in particular. He is the author or editor of sixteen books, including studies of the civil war in Britain and Ireland, in England and Wales and in Wales alone and two (different) biographies of Oliver Cromwell. His most recent publications are The English Civil War: A Military History (I B Tauris, 2014) and new editions of the late Barry Coward’s The Stuart Age (Routledge, 2017) and the late Roger Lockyer’s Tudor and Stuart Britain (Routledge, 2018). He is currently completing a study of the personal experience and surviving first person accounts of the civil war. He is the president and a past chairman of The Cromwell Association.

11.45 ‘North Wales […] will shake off that yoke of servitude which formerly did lie upon their neck’:

The causes, course and consequences of the Battle of Montgomery 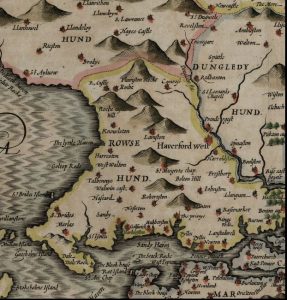 In terms of the number of soldiers engaged, the Battle of Montgomery, fought outside that Welsh county town on 18 September 1644, was the largest military engagement of the main civil war (1642-46) in the Principality. It was also tactically decisive. A polyglot royalist army, comprising regional garrison troops and recuperating field army units, was broken and routed by a smaller but similarly ad-hoc parliamentary force drawn from as far afield as Staffordshire, Lancashire and Yorkshire. The battle was ostensibly fought for the possession of Montgomery Castle, but victory for either side could open wider strategic opportunities to shape the course of the war in Wales and adjacent English counties. However, this battle has tended to be overlooked or misinterpreted in published histories of the civil wars. Indeed, the likely battlefield remains to be officially designated. This lecture will explore reasons why the Battle of Montgomery came to be fought, how the action was conducted, and what were the outcomes.

Jonathan Worton is a lecturer in early modern history and military history at the University of Chester, currently based at the University Centre Shrewsbury campus. He has researched and written on the military history of the 1640s civil wars in Wales and the Marches in particular, and has authored two books on that subject. His third and most recent book is a military history of the 1719 Jacobite rising. Current research projects include the events of the 1648 civil war in the West Midlands and crossing into Wales, and the social profile of the rank and file in the early eighteenth-century British Army. 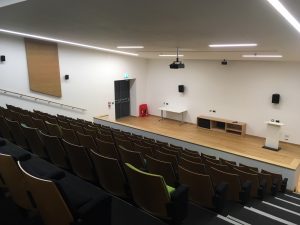 This talk examines the genesis, progress and aftermath of the revolt in South Wales which morphed into the Second Civil War. It examines in particular the roles of John Poyer, a one-time glover from Pembroke who initiated a mutiny against the New Model Army, and of Oliver Cromwell, the man who besieged Poyer in Pembroke Castle for six long weeks in the summer of 1648. The talk explores the reasons behind Poyer’s revolt and the manner in which his mutiny snowballed into a general rising which drew in many thousands of supporters, but which was effectively broken at the Battle of St Fagans on 8 May 1648. Cromwell’s involvement in South Wales is examined and the paper argues that the frustrating siege of Pembroke informed his attitude towards those who had ‘sinned against so much light’ by taking up arms against parliament in the spring and summer. Ideas of justice and retribution were thick in the air in the aftermath of the Second Civil War, and the talk concludes by considering the respective fates of the ‘rebels’, among whom, of course, was King Charles I himself.

Lloyd Bowen is Reader in Early Modern History at Cardiff University. His research has focused particularly on early modern Wales, gentry culture in the sixteenth and seventeenth centuries, and the nature of Civil War royalism.

This paper explores the ways in which pro-Parliamentarian English pamphleteers depicted the people of Wales during the Great Civil War of 1642 to 1646 and argues that, as well as mocking and deriding the Welsh, some of these polemicists sought both to exacerbate and to profit from long standing ethnic tensions.

Mark Stoyle grew up in rural mid-Devon, and, after leaving school, worked for a time as a field archaeologist in Exeter. He is currently Professor of early modern History at the University of Southampton, and has particular research interests in the British crisis of the 1640s; in witchcraft; in urban society; and in Tudor rebellions. He has written many monographs and scholarly articles and his latest book – A Murderous Midsummer: The Western Rising of 1549 – will be published by Yale University Press in 2022. He is also one of the co-investigators on the major AHRC-funded research project Civil War petitions project. Mark has served on the Council of the Royal Historical Society, on the advisory board of the Victoria County History and on the editorial advisory panel of BBC History Magazine. He has also appeared on many radio and TV programmes.

The women of Wales have often been overlooked in the history of the British civil wars. The civil wars are often neglected by social historians due to the disruption of sources and because it was a time of conflict. Whilst the agency of women as petitioners for relief has been explored by historians, the strategies employed by women in terms of work in a world turned upside down by civil war has not. This talk will address the hitherto unexplored response of women in local Welsh communities in terms of the work undertaken during times of conflict. Understanding the ways in which women’s experiences of labour changed in response to the social and political upheaval of the civil wars is central to our understandings of the ways in which gendered identities were shaped in early modern Britain.

Verne Walker is a part-time doctoral researcher at The University of Leicester. After obtaining her undergraduate degree in history from the Open University, she undertook her MA at The University of Leicester, in English Local and Family History, at the Centre for English Local History. Under the supervision of Professor Andy Hopper, she was introduced to civil war history, thus sparking an interest that has led to her PhD topic of women’s work in Wales in the British civil wars.

The cost of attendance includes coffee on arrival and a buffet lunch.

All bookings must be received by Thursday 29th September at the latest. No refunds for cancellations after Thursday 15th September.

Please email if you need assistance or would like further information.