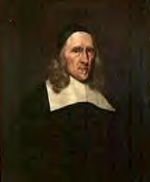 Save The London Campaign

Find out more about the wreck of The London, a ship built for Cromwell’s navy, that is currently being excavated in the Thames estuary off Southend. A day of talks at The Forum in Southend on Saturday 7th March. For more details click here.

Details of The Cromwell Association’s 6th Annual Schools’ Conference taking place in Huntingdon on the 24th June can be found here.

Get access to our large collection of academic resources and receive a free copy of our collection of articles Cromwell: four centuries on and Newsletter, Protector’s Pen, when you join today.